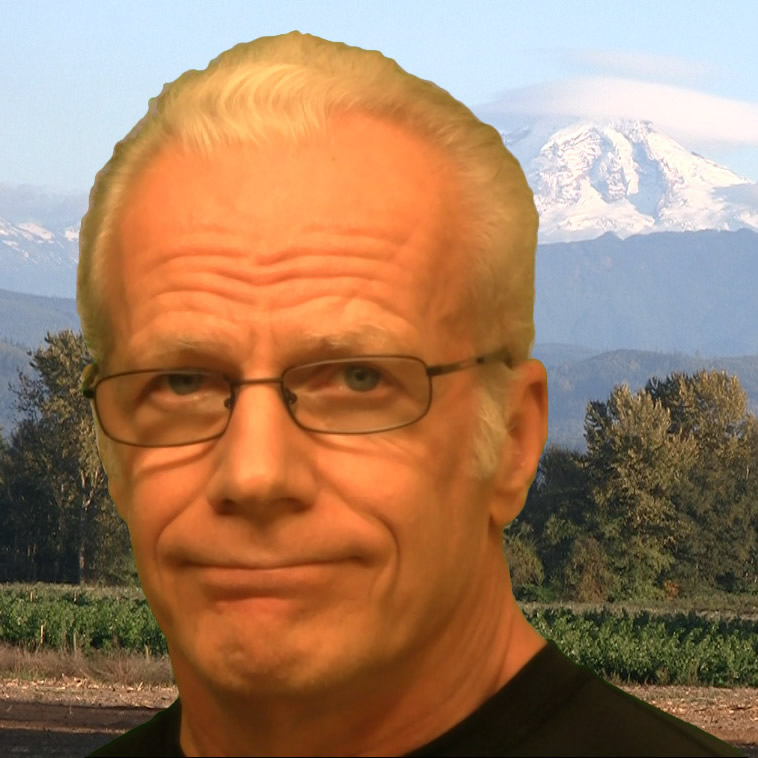 David James Thomson, the author of this book, even before he was born, has a testimony to God’s goodness in mercy and predestination on his life. His recalls being told about his dad, Doug, who as a young child had a sailor transfer him in very stormy weather on some kind of a ramp between one ship and another ship when he fell out of his hands dropping a great distance below. Another sailor below saw him fall and managed to catch him, and his life was spared. There was a day when somehow David, the author of this book, escaped his mother’s attention. When she turned to see her child, he was pulling the hairs of the back legs of a large workhorse which should have kicked him and killed him except for God’s mercy.

David speaks and teaches prophetically from the Word of God. He reverently with prayer uses two different Bible randomizers to randomly by God’s sovereignty get two different chapters, which almost always confirm each other with a theme that then can be more focused and amplified. He meditates on these two chapters and takes some notes on them for half an hour and then soon after preaches from them what the Holy Spirit is at that time seeking to say to the corporate body of Christ in North America and around the world. You can watch almost all of his video messages at www.loverealized.com.

At the young age of 12 years, he had a deep experience of conversion and began to pray for an hour and a half in the woods and also spend much time studying and meditating on the word of God. Even those many years ago, he clearly remembered recognizing that the evangelical church that he attended with his family was a far cry from what from what the church should be as described in the New Testament. Back then in his mid-teens he remembers praying in the woods seven words that begin with the letter R. It was approximately something like this, “Lord, please bring to your church revival, and even more than revival, bring spiritual revolution, bring genuine repentance, bring renewal, bring reformation, bring restoration, and bring the restitution of all things. In elementary school and in high school, David took a keen interest in the scientific evidence against the theory of evolution and read many books by highly qualified scientists on that. David has continued to read, write, and do research on that subject until the present. David has always been a very deep thinker and has developed a lot of his own unique thoughts against the theory of evolution and other self seeking deceptions. He is also soon coming out with books that have extensive important unique doctrinal insights for Christians that will more strongly solidify, establish, and enlarge the essential doctrines of the Christian faith. He is soon to publish a book against evolution and another on Life After Death evidences.

After graduating from high school, David Thomson attended Prairie Bible Institute for four years and graduated in 1972. He recalls an event one summer during his years at PBI before the Jesus People Army came on the scene. He had heard of a large rock concert that was taking place in Abbotsford and went there by himself to witness to people. Some of the people asked him into a tent and threatened him with a knife saying that they would kill him. Most of them were too strung out on drugs, and it seemed impossible to witness to them and so he left. Later, after graduating from Prairie Bible Institute, he then became involved in a full-time house ministry called the House of Prayer in connection with Saint Margret’s church, which at that time was at the forefront of the charismatic renewal movement that swept the earth. In the early 70s, David also moved into to a community house of the Jesus People Army to join them. They were a powerful dynamic movement with many hippies and other people coming to Christ in Vancouver and other parts of the world. The Jesus People Army had a place called Shepherds Inn on Broadway that was open 24 hours every day of the week with continual prayer, singing and worship. The presence of God was so thick that people would walk in that were lost souls and immediately break down in tears with no influence from anyone and fall on their knees in repentance and enter into spiritual rebirth into Jesus Christ. He also witnessed the Jesus People Army get taken over by the Children of God who even had top executives from IBM that were converted and fully involved in their movement. However, they quickly devolved into a very deceptive cult through the leader, Moses David, which fell into immorality with other women. They rapidly spread and greatly multiplied around the world in one year and are still around to this day. He could write a book on the shocking things he witnessed and the spiritual warfare he experienced in that deceptive takeover.

In the early eighties, David was given the opportunity to become the pastor of the Pentecostal church through choosing to be involved with the Pentecostal church for only an additional eight months. That was very hard to turn down, but God had shown him clearly in a dream, as well as by strong confirmation of circumstances, that this was not God’s best choice, and that the Holy Spirit was leading him to another church. The pastor strongly protested his decision and David found it very hard to turn the opportunity down. He then became involved in a Pentecostal church downtown that had a tremendous number of young people that were very passionate for Christ. However, there was spiritual conflict because of things that were not right in the church and eventually that church folded. David has always sought to be involved with churches that do not limit the moving of the Holy Spirit through each member of the body in the main weekly gatherings around Christ. He has been very involved in seven congregations in the last 50 years and also taught in his younger years in two adult Bible classes. In some, he has been very active for up to as much as ten years and others for only about two years since the 70s. This included being on the advisory board of a Pentecostal Assembly church filled with young people that had lots of passion and zeal in the early eighties. In every case, there has been a clear leading of the Holy Spirit with strong confirmations to be serving in the church, and also the same in God’s leading out of a church to another church.

David left full-time ministry around 1975 and had various jobs such as servicing printing machines, house framing and working in a large grocery warehouse. In 1986 he became a government bus operator and continued with this job until 2006 for 20 years. He retired early and began seeking to do ministry on the Internet, as well as making an income on the Internet, through marketing various products. His intent for seeking to make money on the Internet was to make large profits that would release him to be fully engaged towards implementing the planting of local assemblies that would conquer the nations with the gospel as described in this book. I would have been wealthy a long time ago if I fully pursued making money on the Internet but out of my love for God I have spent an hour and 1/2 in prayer and another hour and 1/2 meditating on the word of God and writing my books each day of the week. I also spent 6 days a week doing physical workouts that averaged over all an hour and 1/4 a day. Even as a transit operator for 20 years I never did over time and I could have made a lot of money at it but I refused to give up the time I set aside for these other priorities each day. I now see that all my attempts trying to make money on the Internet selling health products and other things that I believed in was really was a deception of trusting in my own sufficiency and a lack of fully seeking first the kingdom of God. This resulted in a lot of financial loss but God is well able to make up far more for what the enemy has stolen. Since around October 2020 God clearly spoke to encourage me to double my prayer time to become far richer in God and trust Him to provide all my financial needs. Therefore, I have now decided to only focus on the five or more books that are now mostly written instead of making money on the internet in other ways. I also am focused on entering into full time evangelism and ministry of the Word of God to fulfill John 17 in local assemblies throughout the earth.

David Thomson has also been very disciplined throughout his life in doing running and weightlifting as well as keeping oneself young with healthy eating, increasing youthful levels of hormones, and supplementation. As a result, even though he has 71 chronological years, he has a biological age reversal criterion of possibly 30 years. He is still consistently running and weightlifting to keep himself in good health and in good shape. He is a lay expert in anti-aging medicine and has a website on how to reverse the aging process at www.helpsheal.com. One can become attached to these disciplines of health because one feels so well. However, that has been weighed and prayed through. I have sacrificed my workouts when greater priorities of God’s kingdom required that. There have been a few times in my life where I have experienced extremely great condemnation to the degree that I thought God had fully rejected me. In those times of great weakness, I experienced the unexpected visitation of God’s presence with great assurance that I was forgiven and accepted by Jesus Christ. This included one very powerful open vision that happened to me in 1975 in the presence of 3 other people late at night after three days of fasting and much prayer. I will never forget that powerful experience in which I saw the face of Jesus Christ and the holiness of God. It is too much to share here, but in this powerful visitation, I felt powerful assurance that I was his child and an incredible love for God. There was a rapturous experience of being burned alive at the stake as a sacrifice of love to God where I went up in the flames to God. God spoke and said that I was complete in Him and that I was bone of His bones and flesh of His flesh. I also saw the face of Christ that I am sure was veiled in His fully glory or it would have killed me and I could feel my body dying every time I looked. His face was like the stern look of a captain expecting me to follow His lead into battle, and at the same time, the eyes were filled with powerful amazing love. God sees that I’ve been highly motivated to seek God’s corporate bride to come forth and to bring the fullness of His glory upon the earth to turn the nations back to God.

My Mother Went to Heaven Today