2Sam 5:6-10 (KJV) 6And the king and his men went to Jerusalem unto the Jebusites, the inhabitants of the land: which spake unto David, saying, Except thou take away the blind and the lame, thou shalt not come in hither: thinking, David cannot come in hither.7Nevertheless David took the strong hold of Zion: the same is the city of David.8And David said on that day, Whosoever getteth up to the gutter, and smiteth the Jebusites, and the lame and the blind, that are hated of David’s soul, he shall be chief and captain. Wherefore they said, The blind and the lame shall not come into the house.9So David dwelt in the fort, and called it the city of David. And David built round about from Millo and inward.10And David went on, and grew great, and the LORD God of hosts was with him.

22But ye are come unto mount Sion, and unto the city of the living God, the heavenly Jerusalem, and to an innumerable company of angels,23To the general assembly and church of the firstborn, which are written in heaven, and to God the Judge of all, and to the spirits of just men made perfect,24And to Jesus the mediator of the new covenant, and to the blood of sprinkling, that speaketh better things than that of Abel.25See that ye refuse not him that speaketh. For if they escaped not who refused him that spake on earth, much more shall not we escape, if we turn away from him that speaketh from heaven:26Whose voice then shook the earth: but now he hath promised, saying, Yet once more I shake not the earth only, but also heaven.27And this word, Yet once more, signifieth the removing of those things that are shaken, as of things that are made, that those things which cannot be shaken may remain.28Wherefore we receiving a kingdom which cannot be moved, let us have grace, whereby we may serve God acceptably with reverence and godly fear:29For our God is a consuming fire.

11Now no chastening for the present seemeth to be joyous, but grievous: nevertheless afterward it yieldeth the peaceable fruit of righteousness unto them which are exercised thereby.12Wherefore lift up the hands which hang down, and the feeble knees;13And make straight paths for your feet, lest that which is lame be turned out of the way; but let it rather be healed.14Follow peace with all men, and holiness, without which no man shall see the Lord:15Looking diligently lest any man fail of the grace of God; lest any root of bitterness springing up trouble you, and thereby many be defiled;16Lest there be any fornicator, or profane person, as Esau, who for one morsel of meat sold his birthright.17For ye know how that afterward, when he would have inherited the blessing, he was rejected: for he found no place of repentance, though he sought it carefully with tears.

1. Tsijon (as a permanent capital), a mountain of Jerusalem

1. a monumental or guiding pillar

[from the same as H6723 in the sense of conspicuousness]

1401) Iy% (Iy% TsY) ac: ? co: Desert ab: ?: The desert nomads life was a continual traveling from one location to another always hunting for pastures. The stars and terrain served as landmarks to guide the nomad on his journey. This parent root is related to ay through the idea of migration as an issuing out. (eng: sign)

[from an unused root meaning to parch]

Def: Jebusite he will be trodden down.

1. a Chittite, or descendant of Cheth

The descendants of Heth, a son of Canaan, and hence descendants of Ham: a numerous race who inhabited Palestine. In God’s covenant with Abraham their territory was to be possessed by his descendants. Gen. 15:20. On the death of Sarah, Abraham bought the field and cave of Machpelah from the Hittites. His intercourse and contract with them show that they were a civilised race, used to commercial transactions. Gen. 23:3-20. This was near or at Hebron in the south of Palestine, whereas other passages speak of them in the north, between the Lebanon and the Euphrates, which was probably where they originally settled, Joshua 1:4; and there are intimations that they continued a powerful and warlike race after Palestine was possessed by Israel. 1 Kings 10:29; 2 Kings 7:6. Ahimelech and Uriah, eminent men in the time of David, were Hittites. 1 Sam. 26:6; 2 Sam. 23:39.

In various parts of Palestine and Syria monuments have been found of the Hittites, and in Egypt there are records of a long defensive treaty that was made between the Egyptians and the Hittites, showing that the latter were an important race. The Tell Amarna tablets show that they seized upon Damascus then held by Egypt. Letter after letter urged Egypt to come to the rescue. Their features even are now well understood on the monuments, being described as a people with yellow skins and ‘mongoloid ‘ features, receding foreheads, oblique eyes, and protruding upper jaws.

Girgashites: a stranger drawing near

1. a Girgashite, one of the native tribes of Canaan

[patrial from an unused name (of uncertain derivation)]

means dwelling in clayey soil, the descendants of the fifth son of Canaan ( Genesis 10:16 ), one of the original tribes inhabiting the land of Canaan before the time of the Israelites ( Genesis 15:21 ; Deuteronomy 7:1 ). They were a branch of the great family of the Hivites. Of their geographical position nothing is certainly known. Probably they lived somewhere in the central part of Western Palestine.

Amorites: a sayer and also literally the high one. Known as mountaineers.

2. an Emorite, one of the Canaanitish tribes

[probably a patronymic from an unused name derived from H559 in the sense of publicity, i.e. prominence]

1. to say (used with great latitude)

A people descended from Canaan, son of Ham. Gen. 10:16, They dwelt in the mountains, as their name signifies, and were apparently at times in the mountains both east and west of the Jordan. Num. 13:29; Joshua 5:1; Judges 1:34-36; Judges 10:8; 1 Kings 4:19. Being the most dominant and the most corrupt people or tribe they sometimes represent the Canaanites generally. Gen. 15:16; 1 Kings 21:26. When Abraham was at Hebron some confederated with him. Gen. 14:13. A remnant out of the Gentile nations was thus associated with the heir of promise, though Lot (a type of Israel after the flesh) had separated from him.

When Israel approached the promised land, they were in the east, and refused to let Israel pass; but they were overcome, their cities taken, and the people slain, with Sihon their king. Num. 21:21-26; Deut. 2:24; Amos 2:9, 10. Some must have escaped, for we read of them later, and one of the controversies Jehovah had with Israel was for worshipping their gods. Ezra 9:1, 2. Solomon made them tributary. 1 Kings 9:20, 21; 2 Chr. 8:7, 8. The Gibeonites were a remnant of the Amorites. 2 Sam. 21:2. After this nothing is heard of them. The low state of Jerusalem (Judah) by nature is described by stating her origin, her father being an Amorite and her mother a Hittite, but God in grace had compassion upon her in her degradation, and raised her into great glory; though, alas, she was shamefully unfaithful. Ezek. 16:3-43.

1. a Kenaanite or inhabitant of Kenaan

2. (by implication) a pedlar (the Canaanites standing for their neighbors the Ishmaelites, who conducted mercantile caravans)

3. also the country inhabited by him

1. (properly) to bend the knee

2268) Onk% (Onk% KNAh) ac: Lower co: Bundle ab: Humility: When a large bundle is placed on the shoulders the person is bent down low. [from: nk – gathering together a bundle]

The descendants of Canaan the son of Ham, of whom the Jubusites, the Amorites, the Girgashites, the Hivites, the Arkites, the Sinites, the Arvadites, the Zemarites, and the Hamathites were branches. They were “spread abroad, and the border of the Canaanites was from Sidon, as thou comest to Gerar, unto Gaza: as thou goest unto Sodom and Gomorrha, and Admah, and Zeboim, even unto Lasha.” Gen. 10:15-19. In Gen. 15:18-21, where the land promised to Abram extends to the river Euphrates, there are ten nations mentioned: the Kenites, the Kenizzites, the Kadmonites, the Hittites, the Perizzites, the Rephaims, the Amorites, the Canaanites, the Girgashites, and the Jebusites. Deut. 7:1; Joshua 3:10. Here and elsewhere the Canaanites are only one people of many; whereas in other places the term Canaanite appears to include any of the inhabitants of Canaan, as in Joshua 17:12, 13; Neh. 9:24; Obadiah 20; Zech. 14:21. The same Hebrew word is translated ‘merchant’ in Job 41:6; Prov. 31:24; Isa. 23:8; so the passage in Zech. 14:21 may signify “there shall no more be the merchant in the house of the Lord of hosts.” cf. John 2:16.

1. inhabitant of the open country

2. a Perizzite, one of the Canaanitish tribes

One of the ancient nations in Palestine. They are several times the only people named along with the Canaanites. Joseph’s descendants were told by Joshua to take the land of the Perizzites, where they are classed with the giants. Joshua 17:15. Though they were in a great measure either driven out or slain by the Israelites, yet some dwelt with the children of Israel, and intermarried with them. Judges 3:5, 6. In the days of Solomon those that were still in the land were made bondservants. It is not known definitely in what part of Canaan they were originally located, but by Joshua 17:14-18 it was probably near Manasseh’s lot on the west. Gen. 13:7; Ex. 3:8, 17; Joshua 3:10; Joshua 9:1; Judges 1:4, 5; 1 Kings 9:20; Ezra 9:1; Neh. 9:8, etc.

2. a Chivvite, one of the aboriginal tribes of Israel

1. (by implication) an encampment or village

One of the races found early in Palestine: they were descendants of Ham through Canaan. Gen. 10:17. Jacob, on his return to Palestine, found Shechem occupied by the Hivites. Gen. 34:2. They also possessed Gibeon, and found means to deceive Joshua into making a league with them. Joshua 9:3, 7. They seemed to be more a commercial than a warlike people. We also find the Hivites in the north in mount Lebanon, and Israel was beguiled into making marriage contracts with them. Judges 3:3, 5, 6. In the days of Solomon they were still in the land, and were made tributary to Israel. 1 Kings 9:20. Israel suffered through not carrying out the directions of God to cast out these and other inhabitants of the land. They were by them led into idolatry.

Jebusites: he will be trodden down 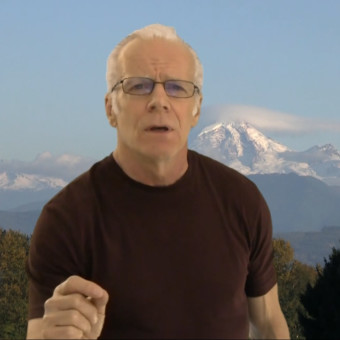 The Coming Forth of the Bride Church!

IF YOU WANT TO COMMUNICATE WITH ME AND BE ON MY MAILING LIST FILL AND SUBMIT THE FORM BELOW: